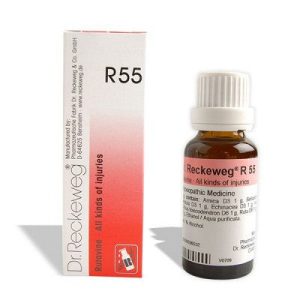 Injuries of all types, fracture, luxation, sprain, concussion of brain, wounds caused by fire-arms or sharp weapons, involving bleeding. May be used as a complementary remedy in feverish infections, sepsis, and in general on account of its stimulating effect on the defensive energy of the organism.

The present remedy also covers excesses in sports, overstrain, as for instance of labourers carrying heavy weights (heart strain), and rheumatism occuring where old injuries have been sustained.
MODE OF ACTION OF MAIN INGREDIENTS: